Oh dear, oh dear!! Some year that was! It was a true rollercoaster like never before!

The highs were really high, the lows were devastating.

Let’s start in chronological order, shall we?

The cat that decided to move in at mine last year, turned out to have been abandoned by a the previous owners, and has been living as the neighbourhood cat for the past 5 years! so I gave her a home, and her name is actually Goldy 🙂 she has been a true companion throughout the year.

Around January time, I received an invite to speak in the House of Commons as part of International Women’s Day activities. What an honour!

Late March, Vodafone had the TDOV event, where I also spoke and got to be part of a panel.

During that day, one of the attendees came out for the 1st time, and declared their intention to transition. Now that was a very emotional moment for everyone!

Shortly after, I was also invited to be a keynote speaker at Stonewall’s Workplace Conference, where it had around 1000 delegates! What a privilege!

The talk seem to have been very well received by many. I managed to connect with amazing individuals, where I was invited to be part of a panel about Women in Tech. Where I was accompanied by 4 brilliant women, and for an hour we spoke about women in tech and how we wish to see that everyone is an ally to everyone else.

But it’s not only Diversity and Inclusion talks, I was also a guest speaker in ECC (Enterprise Computing Conference), where I invited a colleague from work to share the stage with me to speak on how do cloud in Vodafone – More on that friend later.

Though this picture gives me a sense of pride of what I was able to achieve in a short period of time, it also reminds me of a very heated conversation with my 1st ex (the conversation commenced after our talk), during which I begged her to talk even for 5 mins to the girls. Nonetheless she’s adamant to never let them ever get in touch with me at all!

The letters from the kids are (to put it mildly) heart-wrenching. The words of longing, missing, love, and even begging to speak to me, are both heart warming, and aching.

The last letter I received wasn’t actually a letter, it was a notebook full of photos, commentaries on the photos, and letters written over weeks. Bless her.

During June, I lost my boss; one of the leaders I always admired, and how has been a tremendous support for me during my transition. I won’t be exaggerating when I say without his support my transition would have been impossible!! Kudos to Gerard!

As life moves on, and never awaits anyone, it happened that we (me and a group of the LGBT+ network) were invited to the British LGBT Awards as guests. However, we were fully taken by surprise to hear that we won the top inclusive employer of the year!!! it took us few minutes to actually realise that we actually won!!

https://www.britishlgbtawards.com/winners-2019/ I had to improvise a reception speech!! thought I can’t find it online, nonetheless, here’s a quick photo! 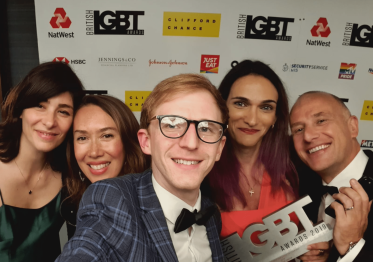 So, remember that colleague I shared the stage with? We decided to go hiking together in Yorkshire Dales! We had a game of monopoly which lasted over 3 evenings!!

Anyway, during the hike we conquered the Pen-y-ghent summit, 700 meters, baby!!! at the end of it, the pups were completely spent!! Can’t blame them!!

Shortly after the hike, my colleague (now close friend) have left Vodafone!

After that went the consecration of the Bishop of Reading at St. Paul’s Cathedral! it was majestic to witness!

Anyway, me and my friend did a panel during the CIO Transformation Live about Diversity & Inclusion, and why it matters in the ever changing world of technology!

I was the one organising the panel, which seem to have been very well received!

These are some of the moments I’m really happy with, and they bring a smile to my face whenever I remember them. 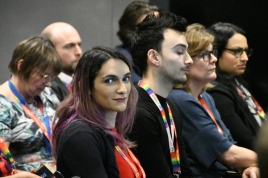 By late October 2019, I had to step down from the LGBT+ Network steering committee for reasons I’d like to keep for myself for the moment.

There’re many many more things to talk about that happened during 2019 but I’ll refrain from mentioning them here at the moment for personal reasons.

As I sent out my last message to the LGBT+ Network steering committee, I realised that I’m surrounded by people who truly love and care for me.

As of Feb/March 2020 I plan to move in to a house which has two dogs (the pups in the photos above) I tried to introduce them to Goldy, but they don’t seem to have been able to get along. Determined to give Goldy a forever home, and not to live as a “neighbourhood” stray cat again, a dear friend of mine will take her in.

Though so many great things happened in 2019, and despite the bad things that happened, I find myself facing 2020 with a long list of uncertainties, and challenges I’m yet to face. Leaving behind things that I loved and cherished, for the hope and pursuit of greater opportunities and rewards, equipped with one of the most powerful things in the world; Love.

2019 has not only been a year of pursuit, but also of persistence and defiance!!

Your inputs are much appreciated, so please let me know what do you think .. Cancel reply

A sketch by Chaya .. 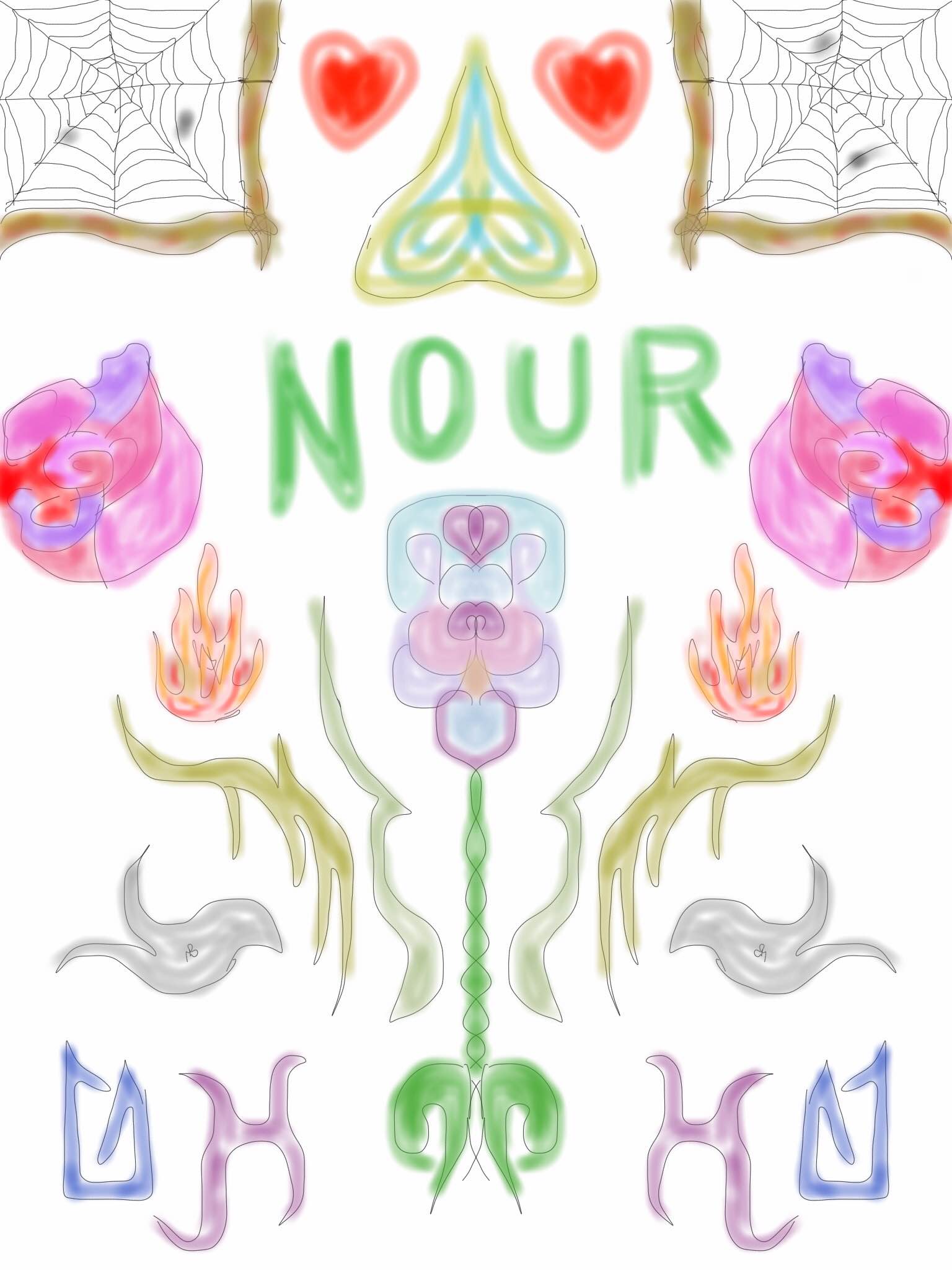